Where in the UK has the fastest internet? 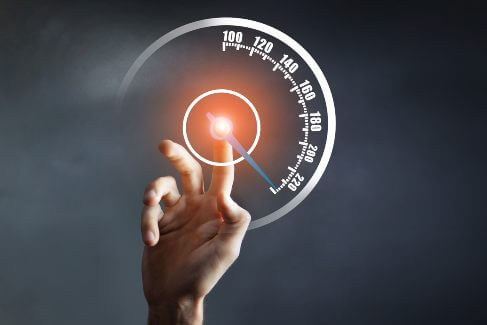 If you live in the UK, you'll probably know that not all internet connections are equal. In fact, your maximum internet speed will largely depend on the overall quality of the infrastructure that you have. If you're interested in finding out the fastest (and slowest) internet speeds in the UK, then take a look below.

What Exactly Is a Good Internet Speed?

Before we delve into the best internet speed locations in the UK, it's important to know what a good internet speed actually is. Internet speeds are measured in Mbps. The higher this number is, the faster the connection will be. Having a fast internet connection is a wonderful thing, but really, what you determine as being fast will ultimately depend on how you use your computer.

For example, if you only go on your computer a couple of times a week then you're classed as being a light user. You'll probably get by with just using a connection of 15MBPS or less. If you love to browse social media, stream TV or even watch videos, on the other hand, you'll be a medium user.

This ultimately means that the speeds you should be shooting for are between 15-25MBPS. If you're an avid gamer, a Netflix binger or anything else related then there's a high chance that you'll be a heavy user. You'll need to have a much better connection - at least 25MBPS or more.

If you're not quite sure what internet connection you have, the first thing that you need to do is check with your internet provider. They will be able to tell you what your minimum connection speed is. It's good practice for you to check to see if you are actually receiving the speeds that you are being promised, by using an online speed test. When you do, you'll be able to make sure that you're actually getting what you pay for.

One thing that you need to take note of here is that there will be a huge difference between your download speed and your upload speed. Of course, your download speed is the number that relates to your internet speed. It's how fast you can retrieve information. When testing your results, this is the number you should be looking for.
Without further ado, here are the top 10 locations in the UK that have the best internet connection in terms of MBPS:
Broxbourne- 32.5
Crawley- 32.3
Newark and Sherwood- 30
West Dunbartonshire- 29.6
Watford- 29.5
Rushmoor- 28.85
Nottingham- 27.6
Cambridge- 27.3
Nuneaton and Bedworth-27.2
Inverclyde- 26.5
And the worst places in the UK in terms of internet connection:
Orkney Islands- 3
Allerdale- 5.7
Shetland Islands-6.7
Argyll and Bute- 7
Moray- 7.2
Fermanagh and Omagh-7.4
Ceredigion- 7.5
Powys - 7.7
Highland - 8.9
Sottish Borders- 9.3

How to Speed up your Internet Connection

The government is always trying to improve internet speeds in the UK. Openreach has also announced that they are going to try and recruit around 3,000 engineers to try and help hit the high-speed internet target that they have. If you can't wait to get the internet in your area improved, then there are a few things that you can do to try and help yourself.

Your WiFi signal is super sensitive. A lot of different things can impact your overall signal strength for this very reason. If you want to get around this then you have to make sure that your router is in a good place and that it is not next to a window. It should also be moved away from the television, fish tank or even in a cupboard. The best place for it would be up high on a bookshelf, where the signal is not going to be interfered with.

Don't Switch it Off

You should never, ever turn your router off, even if you're not using it. Turning your router off when it's not in use could save you some electricity, but on the flip side, it will also cause your broadband to disconnect more frequently and this is the last thing that you need when you are trying to improve your speed.

If you use a games console, desktop or even a laptop then it is well worth you trying to use a wired connection instead of wireless. Wired connections are way faster when compared to wireless and they are far more reliable too. If you want to step things up to that next level then think about having less devices connected too, as this will free up way more speeds.

In a busy area, a lot of people will tend to use the exact same wireless channel. If your router is overcrowded, then this will cause your speed to slow down. If you feel as though this is causing you problems, reset your router and it will go to a less busy channel automatically. It's super easy to do but it could have a major impact on your speeds.

The average internet speed in the UK is actually increasing more and more by the year. You should note that WiFi isn't the only way for you to connect to the internet. In fact, a leased line can easily provide you with super-fast internet right when you need it the most. It will give you a high standard of service and it will also help you to connect to the internet smoothly. You'll have no interruptions and you won't have latency either which is a huge bonus. If you run a business then this could be a good option for you, not to mention that it will eliminate downtime.
So there you have it. An insight into the best speeds in the UK, and the worst ones too. If you feel as though your speeds are low, then these tips should help you to boost your connection while also helping you to find out what exactly is causing the problem.